Our Journey So Far

About John, Our Founder 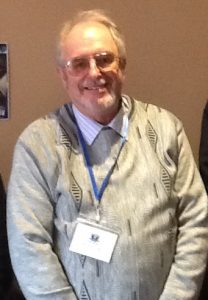 Music has an amazing ability to touch people in so many ways. It can make you sing, it can make you dance, it can make you happy or sad, and it can take you back in time to when you first heard a song or remind you of certain people in your life. It can also be the source of great inspiration and motivation. Music inspired John Shaw to not only battle back from a severe disability but also motivated him to share the joy with his local community.

A self-confessed workaholic, John had grafted all his life and had owned three garages and two hotels, when he was told that his spine had worn out and he wasn’t fit to work again. If that wasn’t bad enough, things took a turn for the worse in 2002, when he collapsed in pain while walking his dog in the park. He was rushed to hospital and was operated on to partly remove discs three and five from his severely damaged back. The doctors told him that he would never walk again, and he spent the next eight months in a wheelchair. His world was shattered. Rather than sit about feeling depressed, John resolved to make positive use of his time and decided to learn to play a musical instrument.

In 2003, John enrolled at Blackpool College and began to learn how to play the keyboard. Sadly, in 2004, the local authorities closed the Adult Education Centre at Carr Head Lane in Poulton-le-Fylde, causing students to be left without their keyboard sessions and John was left deflated again.

However, the music bug had bitten and John was determined to overcome this latest setback. John and his Tutor Jim Lomas, along with 40 other students, decided they should not be deprived of their hobby and their learning should continue.

Encouraged by the positive impact the course had had on his rehabilitation, John had his eureka moment.

Why not start up a music school himself for disabled people and give them the opportunity to learn to play a musical instrument at a minimal cost?

Why not help bring some happiness to lives through music and help enhance their convalescence as well as their social life?

John sought initial guidance from the CVS who advised him to form a committee and a constitution to enable him to apply for funding. With the help of a local bid writer, John secured grants from Blackpool Council and the National Lottery and his dream was starting to become a reality.

By January 2006 the Blackpool Music Academy was born. With media help from The Gazette and others doing the first story it opened its doors at the Springfield Methodist Church on Bispham Road. Under the tutelage of retired college teacher, Jim Lomas, the academy soon grew from 22 students to 50 students in six months. Private tutor, music examiner and music shop owner, Steven Austin also a came on board to help as the demand increased. 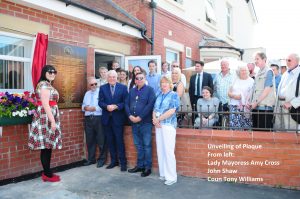 In 2007 the academy became a registered company Blackpool Music Academy Community Interest Company Ltd (BMACIC) by Guarantee. Within a year, John decided he wanted to enrol younger students to gain the benefits of his group sessions. He recruited Tom Vernon as a specialist tutor for students aged seven to 16 years of age and attracted over 80 youngsters for his affordable musical classes.

By September 2008, Blackpool Music School registered charity was born. This helped secure future funding for the community, and the BMACIC became the trading arm for the charity.

In 2009, Phil Roberts came on board and exams were introduced. Students have the choice whether or not they wish to study for one. For guitar and percussion the ‘Rock School’ syllabus is followed and for keyboard, piano and organ, either the ABRSM or ICMA syllabus is favoured.

In 2010 the Academy also commenced outreach work in Blackpool with the MIND Organisation, and more recently, helping care-home residents learn the keyboard. The Academy also helps the deprived and disabled with music therapy sessions including vocals, guitar and keyboard.

Always looking to improve and develop, John decided to relocate the BMACIC to its own premises. In 2011, with the help of Roy White, a £200,000 investment and the help of the Social Enterprise Loan Fund, the Academy invested in its own premises, with off-street parking, on Waterloo Road in Blackpool. However, tragedy struck in May, when Phil died of leukaemia. Such was Phil’s dedication to the academy, he was still teaching his students two days up to his death.

The newly acquired premises was derelict and required a lot of work to bring it up to scratch, both inside and outside. It also needed work to comply with Health & Safety and Fire Regulations. The building costs would be enormous, and so, with finances stretched to the limit, John decided to make some phone calls to seek some free legal advice about the mortgage.

After phoning more than 20 solicitors, who either declined to help or simply return his call, John got a positive response from Banks Carrington Solicitors in Blackpool town centre. Not only did they give John the free advice he was seeking, but also helped him set up the mortgage agreement and waived the legal fees.

Boosted by this act of generosity, John went on a mission to approach local businesses to appeal for any products, materials and labour to help transform the new premises into an academy to be proud of. To his amazement, 48 local businesses generously donated materials worth £45,000 to the academy!

On the back of this overwhelming support from the local business community, the BMACIC, along with the Blackpool Music School charity, opened the doors to their new home on Waterloo Road in June 2012.

The academy offers facilities to bands for recording video and music, a conference room with projector, stair lift, disabled toilet and Phil’s Coffee Shop, which is dedicated to the deceased former tutor who helped so much in making the school the success that it is today. The building is also used for community events, such as a Thursday Sing-along session with various entertainers and the Charity’s music shop, which sells various musical instruments.